Seeing Past The Bull Shit

Seeing Past The Bull Shit 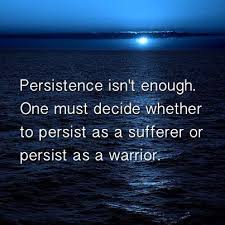 This past five days I have been watching an incredible documentary series called ‘GMO Revealed’.

A nine part series, one documentary a day for nine days, these insightful two or more hour documentaries are available on Youtube, I urge you to watch them, or at least invest your time in one or two, I guarantee it will be time well spent.

Dr. Patrick Gentmepo is the host and founder of the series, he has spent months and months travelling the world interviewing Doctors and the like who have dedicated their lives educating people about the food you eat. Monsanto, if you haven’t heard is the power behind the poisoning of the foods you eat, and the foods you feed your children. Because of these dedicated Doctors, members of our Health Care System, and ordinary people like you and me, they maintain that every degenerative disease comes from an accumulation of toxins in the body, toxins that you are being force-fed through the increase of GMO products.

There are many Doctors that have become advocates fro natural medicine and are standing up again Big Pharma, GMO and oil companies, they are being harassed for their voices, there are many a corporation that would like to silence them, for obvious reasons.

We are moving into a new era, a time when many of us are not able to sit still and be passive any longer, there is a growing sense of movement in the air as we slowly make our way into a new age of Aquarius.

The cosmos are assisting us in what is becoming a new time of growth, not only for us humans but for the planet as a collective.

There is a need more than ever now for the Empaths to fight against what is holding us back from speaking our truth and embracing the courage we need to stand tall.

Over the past several years hundreds of Empaths have made their way to Annanda, it has been my mission to spread what I have learned on my spiritual journey, with the hopes that other Sensitives will tap into their own empowerment so they to may rise above their ancestral conditioning and become who they are truly meant to be, Warriors!

It will take many a warrior going forward to stand and fight not only for our emotional, spiritual and mental health, but more importantly our physical wellbeing, because if we do not, eventually humans will become an endangered species.

You can not ignore that over the past few decades there has become an epidemic of cancers, some of which were unknown to mankind in the past, an epidemic of MS, asthma, Crohn’s disease and many more chronic illness’s that plague this world.

Education is key here, I urge you to be curious perhaps about something you know nothing about, it is time we all got in the game of getting to know what is really going on behind the scenes, it is time for us to roll our shoulders back and stand tall against the money hungry and power mongering and control freakish people who are killing us off, hundreds at a time, each and every day.

I call on every Empathic person, it is a time of healing, start with yourself, because once you are able to stand firm in who you are at a Soul level, you have work to do for this planet, each and everyone of you is here for a grandiose reason, please don’t wait any longer, GET TO WORK.