Home Enlivening What Is Existence? 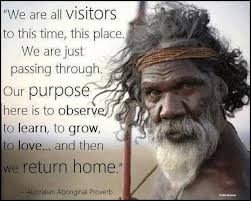 The study of Metaphysics asks this question, ‘how do things exist’? Ontology asks the ‘what’ questions, ‘what is existence’?

To humans, this is no complicated question, regardless of how you ask it. Existing in our existence relates to how conscious or unconscious we are.

Perhaps the short answer is, we either believe in something other than science or we don’t.

As humans, we are taught about science in school, but we are not educated in the study of the fundamental nature of reality.

Metaphysics dates all the way back to the time of the Ancient Greek philosopher Aristotle, who lived till 322 BCE.

Back in times that are beyond our comprehension humans were studying the soul.

We know our body to be a physical thing, something we can observe, this is science as we know it. Plato, who was Aristotle’s teacher taught him about Dualism, the separateness of the physical body from the mind.

The mind they discovered is specific to each of us, no two minds are identical.

The 1500’s were coined as the dawn of the Age of Enlightenment when many scientists were discovering new ideas about our universe and many philosophers were attempting to wrap their heads around the existence of both rational thoughts (Ego) and Spiritualism (The Universe).

The word metaphysics is broken down into two words, meta-meaning over and beyond and physics, which we know means the science of matter.

Each of us has our own unique perspective on topics such as religion, yoga, dreams, Jungian psychology, meditation, and reincarnation.

The common denominator of these and similar subjects of course deal with an exploration of reality.

I like to think of metaphysics as a couple of basic questions in relation to my existence, what is my life, where have I been and who am I (other than my name).

What are your beliefs, do you know who you are outside of your inherited conditioned beliefs?