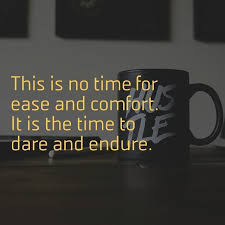 Atma means Soul a word you may or may not be familiar with at this present time, but speaking about our Soul is becoming an expression as popular as the golden arches that spread across North America.
Our society has entered into a new paradigm, a major period of growth and expansion when it comes to our conscious awareness.
You may have heard it as ‘The Aquarian Shift’ and in fact according to Astrology for the next 2000 years, we will be in a new Aquarian Age.
Some say the official beginning of the Aquarian Age began November 11, 2011 (11:11:11) in numerology these are very auspicious numbers and have a very profound spiritual meaning. What does this new Aquarian Age mean for us humans, well, we are in for lots of change in the near future, change which will ask us to bring more balance and integrity into our world?
Not only is our societal conditioning undergoing an evolution but we as an individual will be pushed more than ever into a metamorphosis, one which will reorganize and reconstruct the way we live.
Every person on planet Earth has already been affected by this shift, you might be consciously aware of this energy already if not, you soon will be.
With the energetic introduction of this new paradigm we have already seen a shift in human consciousness, this shift is bringing out the best and the worst in mankind. Some people are preparing by opening their hearts and minds and embracing this new age, but other humans are intimidated by the changes because they don’t understand.
Transformation is never a painless process, but we are heading into a time of radical change one which offers each and every one of us great potential to grow and expand but with any great potential it will bring pain and suffering first.
What can you do to help make this transition into this new age more comfortable, don’t give in to fear, despair or anger, find a daily spiritual practice such as yoga, chanting, meditation or exercise, find something which allows you peace of mind?
I will be writing more and more about the new paradigm to make it easier for you to adjust.
Much love and devotion