Home Enlivening The Game of Blame

The Game of Blame

The Game of Blame 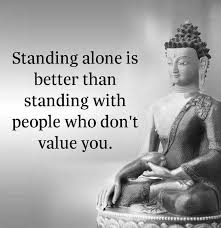 When two peoples ego don’t hit it off, what better game to play than one of blame!

Our ego doesn’t do well when there is criticism on the itinerary of another person, in fact, there is nothing that fuels and fires up the ego like a good dose of condemnation from someone else.

When a person is able to poke at the rawest of places inside of you with their words, there is a good chance you are about to see ‘red’.

When someone ignites the most vulnerable place inside of your body, you get ready for war.

An ego loves to analyze and judge the merits of other people, holding them accountable for everything they are not and what they will never be and when someone is attacking you what is the best line of defense; blame.

When an old internal wound is still raw it will never see love, appreciation, understanding or gratitude when it has been hurt once again, the symptoms of the wound expand and swell causing you to suffer, and you will do what ever it takes to numb the pain.

Most often when this kind of discomfort occurs the medicine for the agony is blame.

When two peoples ego don’t hit it off blame is the best defense, but it does nothing to solve the argument.

When two people are engaged in a disagreement, there is so much going on behind the scenes it is mind-blowing.

Two egos ready to fight to the death in order to be right, two egos ready to deface, devalue, belittle and deflate the one they love because the wound inside of them hurts like hell.

The ego will never let its guard down, not for anyone, in fact, everyone becomes the enemy when our wound has been tantalized, even those dearest to our heart – our children.

The wisest Souls are those of a child’s, yet to be tainted by the stains of the ego conditioning they likely speak the most truth to us, yet we neglect their wisdom, and never tend to listen.

When two peoples egos don’t hit it off, there is so much damage that can be done, some of it irreversible, simply because there are two people hurting like hell inside.

Stop the insanity and instead of arguing begin to heal what has been asking for your love for a very long time – your Soul.