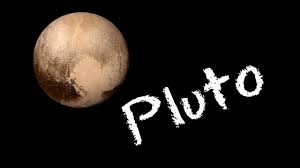 Pluto is the god of the Underworld.

In Astrology the energies of Pluto are transforming.

Pluto represents subconscious forces, everything that lies ‘below the surface’ in the dark and dingy corners of our psyche.

Pluto is associated with death, renewal and rebirth.

It represents ending and new beginnings in terms of spiritual growth.

The negative expressions of Pluto is an obsessive desire for power and control and general destructiveness. Stay away from these energies and focus your attention on disarming the Ego weakening its powers so you can begin (or continue) to heal your internal wounds.

Pluto is an area of our Astrology Chart where life may be associated with change, upheaval, power struggles, and issues of control.

Pluto asks us to find deeper meaning in our lives, but we must first explore and examine our past.

Pluto is the great revealer, but there is always a dark night awaiting the Soul before rebirth can occur. Don’t let this concept scare you, it is a natural part of the path to enlightenment and higher consciousness.

Pluto brings mind purging, this is an area of life where you will personally face the intense powers of creation and destruction.

Pluto rules Scorpio with its proclamation being death and rebirth, ‘you must die a thousand times before you die’ so it has been said. Pluto lessons hold promise that new foundations will be formed through chaos This process inevitably involves the Ego.

You can either be at the mercy of Pluto’s push to change and suffer internally, or you can take matters into your own hands and become the Warrior that you are, to manage through the evolution of yourself.

Pluto is currently in the zodiac sign of Capricorn, it has been since 2008 and will remain in Capricorn until 2024.

Capricorn is an Earth sign, which makes it the master of the physical realms. Capricorn is the sign that digs in, and wants to be an active part of the backbone of society.

Pluto’s energy loves to expose the darkness and since Capricorn is a sign of authority we could be shocked even further by the fall or exposure of rotten narcissistic leaders and people in charge (CEO’s, Bosses etc).

Capricorn is the sign of the mentor and the patriarch, so during this transit, we will see the end of blind faith (belief without true understanding, perception or without evidence) in leaders who shape our world.

Within this transit, Pluto in Capricorn will help us to see the dark truths about corporate greed and the destructive forces that put profit before humans and the people of this Earth.

Personally, Pluto can take us to a hopeless place, but there is always a rebirth on the other side of the darkness and transformation awaits us through the painful process.

Pluto’s mission is to shatter the nucleus (the core) of what is our current reality. This must happen in order for us to become authentic and real, so we can become the new foundation of our life.

Pluto takes 248 years to orbit around our Sun, and so it won’t come back until 2227. It can stay in a zodiac sign for 11-16 years. Its orbit is strange and more oval shaped than the orbits of other planets in our solar system. It also rotates on its side at 120 degrees.

Pluto was discovered in 1930 at a time when Hitler rose to power and Amelia Earhart became the first woman to fly solo across the Atlantic Ocean. The 1930s ended with the beginning of World War 11.

Since Pluto began its transit in Capricorn a great deal of global change has already happened, skeletons in closets are being exposed on levels we have not witnessed before in our time. What of your own skeletons has surfaced for you to face in your life?

This is a time when we are all working on a fresh new world, not only for ourselves but as a whole as well. We are in a new paradigm, this is a very potent time for a change in your personal life, these next few years in this Pluto Capricorn transit is the metamorphic stage, the time before the butterfly emerges.

Every Astrology chart has Capricorn energy in it, in other words somewhere in your chart this Pluto in Capricorn transit is affecting you personally in some way.

Maybe you have Capricorn in your 4th house, if so this would represent home, roots, family, self-care, emotions, foundations, mother, children, women, femininity, these are the aspects of your life that are being affected.

Perhaps you are being asked to balance more of your work life with your family life.

These are the issues that will be under the radar with this Pluto in Capricorn transit for you if you have Capricorn in your 4th house.

A great deal of inner healing might be required, a letting go of old outdated beliefs about what you learned as a child will be called to the forefront so you may face the wounds and heal them.  What has stood in the way of your living your adult life in peace and happiness?

If you have Capricorn in your 10th house then career, long-term goals, structure, status, reputation, public image, and father will be on the agenda for you during this Pluto in Capricorn transit.

Since Capricorn is in its natural placement here then your career and professional ambitions will be strongly influenced.

Perhaps you completely change the work you do in the world, maybe you have (or will) take a leap of faith and professionally do something completely different and out of the norm.

The tendency of Capricorn in past lifetimes was to actually spend too many incarnations seeking prestige and recognition. Here in this lifetime, Capricorns must learn to give to life, to make a contribution to the structure, anatomy and composition of civilization and to mankind for the good of the whole and not so much for oneself.

Since this Pluto Capricorn transit has been the energy since 2008 you may have been witness to a transformation in yourself and your life already, I certainly have in my own life, professionally and personally.

The rest of this transit is yours for the taking so use the cosmic energies wisely.

There will be more that is required of you, karmically we are all being asked to change.

Our survival as human beings and the survival of our home Planet Earth is depending on the spiritual progress you make, this year especially is about taking leaps of faith, even if it means entering into the dark night of the soul willingly and on your own accord, it is certainly more advantageous than being thrown to the wolves by another force (person, place or thing).

These are very exciting times indeed, as difficult as they may seem in every corner of the world, it is true, things always need to get worse before they get better.

Once we finish up this transit Pluto in Capricorn, Pluto will enter the energy of the zodiac sign Aquarius in 2014 until 2044.

Aquarian energy is represented by the mystical healer, it is the most humanitarian astrological sign.

Aquarians are revolutionary thinkers, aspiring to support ‘power to the people’ and they dream of changing the world through radical social progress.

Every Aquarian is a rebel at heart. Aquarius is an air sign, and their ability to communicate is where their talents lie. They are free-spirited and eccentric and can often be identified by their offbeat fashion sensibilities, and unique hobbies.

Each of us will benefit from this new transit in 5 years time. In the meantime don’t delay a minute longer in embracing the energies of Pluto in Capricorn.