Home Enlivening Being A Human Is Questionable 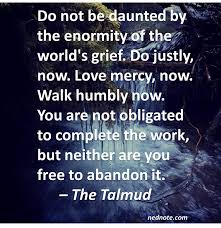 To say human beings are complex is an understatement. Not all of us are still human though and for those of us who are not, consciousness keeps us from performing like one.

Human beings can be quite nasty in their behaviours, atrocities such as murder to the more mundane like constantly lying.

Humans can’t be trusted, saying one thing one minute and then changing their story without blinking an eye.

Human beings can be very destructive, tell me is there something that hasn’t been tainted by a humans greed, selfishness, righteousness and self-loathing?

All beings that have awakened to awareness can’t carry the identity of being called a human, it wouldn’t make sense. When you are aware you are more than your Ego, you are free to be ‘You’.

Your physical vessel is a house for your Soul to reside in while you are here in this life experience. Our human anatomy and all of its bodily structures, often which cause us more pain than we deserve is meant to stay healthy if our Soul is healthy.

Conscious ones look after their vessels, it is a way of honouring their Spirit so they can be of service to humanity in some way for lifetimes to come.

Your Soul is a way of expressing the reality of who you are, being called a human is not your identity if you are aware you have a Soul.

The human ego is a program built on a foundation that has too many cracks, this makes our decision making extremely unsafe and unstable.

It is time for a change, it is time to give up what we are conditioned to believe is the word of the world. Humans are like robots with a planted magnetic chip, generation after generation we keep making the same miserable mistakes.

Awakened ones are saying, ‘I don’t fit in’, this is true but you have become conscious for a reason, to assist humans who want to become more aware, the ones that want to be free from the restrictions of their human behaviours.

The schools continue to teach the same old outdated programs, society has a flawed system that won’t allow us to freely grow.

Breaking free of being a human will grant you the freedom you deserve. I have at times been ashamed of being a human, but now I honour the Soul of who I am and it is my consciousness which motivates me to become stronger still, stronger than my corrupted Ego mind. I am aware and I am conscious and I continue to work on being free to be ‘Me’.

My mission now and has been since I started this incredible Spiritual Journey is to assist positive growth in any darkened corner of this f…..ked up world.

Be Love, Be Kind, Be Thankful, be Humble, but most of all, do something with it.