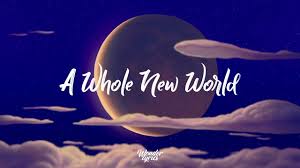 The great shift in the consciousness of humanity has hit critical mass and passed the point of no return.  It’s been building slowly but surely, and now it’s about to kick into high gear.  The next decade or so will be a period of enormous change and perhaps more than a little turbulence.  Think of this as the process of humanity going into labor as it begins to birth a new earth reality.

The Earth and our entire solar system is being bathed in powerful cosmic energy causing the base frequency of the planet and everything on it to ascend.  The Earth has transitioned from the 3rd to the 4th dimension, and it continues to slowly shift upward

This energy is triggering awakenings and shifts in consciousness of people all over the world.

Even though the collective consciousness of humanity is ascending, many remain locked in 3D consciousness.  This level of consciousness focuses on differences, separation, and limitation, and expresses as fear, self-serving and controlling behaviors, and us-against-them dog-eat-dog mentalities.  The ultimate result of which is the creation of a world characterized by competition, conflict, and suffering.

Those that can break free from 3D consciousness will have the pleasure of experiencing the birth and growth of a wonderful new era of humanity — one characterized by cooperation, harmony, peace, and prosperity for all.  The key to participating in the new earth reality is is to attain and maintain heightened levels of consciousness.

There may be some turbulence as the foundation of peoples’ beliefs are shaken to the core, and the winds of change start to rock our existing institutions and systems.  How extensive this turbulence will be is impossible to predict, but one thing is for sure — your state of consciousness determines whether, and to what extent, you get entangled in it.

Tremendous changes are rapidly approaching that will herald the arrival the new era.  As the beliefs, institutions, and systems of the old paradigm begin to shake, crumble, or morph radically around us, stay unwaveringly centered in your new consciousness, and you will successfully join the new earth and participate in the new era of humanity.

Let each of our lives be the living example on which this new era is grounded.  Let acceptance, allowance, non-judgment, forgiveness, compassion, love and kindness guide our way to the manifestation of a wonderful new era where cooperation, harmony, peace and prosperity for all will flourish!