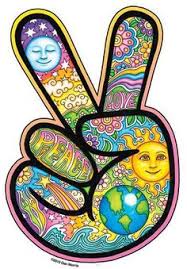 It is just what this world needs right about now, an invigoration of the Hippy Era.

The 60’s and 70’s were all about the Hippy’s and what they stood for. An emotional rebellion against the mindless direction in which our world was headed. There have always been small groups in society that rebel against the norm. The Hippy Era back then had a tremendous influence on what exists today, it was such a thought-provoking time.

Sure, Hippy’s in the 60’s and 70’s were all about sex, drugs and rock and roll, but that was how they demonstrated their rejection of the excesses of the unbending society they lived in.

What better way to challenge the surplus of rules and regulations, bend them all to heck.

There seems to be an urgency in the World right now, something has to give.

The voice of the hippie generation was all about emotion and metaphysical suggestions, for example ‘hang in there’ and ‘keep on trucking’. Such language I think, made people feel and connect on a deeper level.

What about the ‘peace sign’? It was used by anti-war demonstrators to back peace in Vietnam.

I put my two fingers in a V shape as much as I can, it’s my way of saying ‘I love you and I wish you peace’.
What if we all started to spread the word again, using our index and middle finger to make the V! Perhaps we could revive the Hippy era and bring back more of that ‘peace and love’. All of what we are reminded about when we think of the Hippy’s in the 60’s.

I might be a bit shy now to wear ‘hot pants’ or do any ‘go go dancing’, but I am a true Hippy at heart. I’m not afraid to step out of the norm, even if I’m quiet about it.

Being a Hippy isn’t about doing drugs anymore, it’s about being something different, stepping off the moving sidewalk where so many unhappy people march.

Well, I march to a different drum, one that beats to my heart filled with joy.

Why don’t you put on some ‘love beads’ and ‘stay loose’, just for a change. I think there is a bit of awesome Hippy in everyone just waiting to burst.