Home Encouraging Happy New Year! From My Heart To Yours

Happy New Year! From My Heart To Yours

Happy New Year! From My Heart To Yours 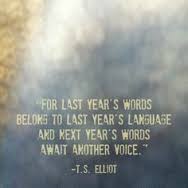 ‘Today is the first day of the rest of your life’.

This very popular blast from the past culminated from the 60’s movement. At heart, it is deeply philosophical.

The counterculture of the 1960’s refers to an anti-establishment cultural phenomenon which first developed in the United Kingdom and then spread to the USA and then to much of the Western world.

Social tensions were on the agenda back then, such issues as women’s rights, traditional modes of authority and war.

As the new era of the 60’s unfolded, a dynamic subculture of Bohemianism and the rise of the hippie emerged.

It seemed that the world was alive with an energy that this planet hadn’t seen before, there was a massive shake up that rocked many a boat in all corners of the globe. 2017, the beginning of a new cycle, the ’Age of Aquarius’, we have left 2016 and we are entering a period of revolution.

What does it mean for us, everyday people like you and me? It is no secret that the world is quickly changing.

Sweeping changes are hard to grasp, and not all humans will latch onto this new and exciting energy, their Ego’s will have no part in it.

This is going to be an interesting new year, transitions of deep and profound realizations, breakthroughs and manifestations, induced with a exulted vibe of freedom.

An evolution of consciousness floats quietly in the cosmos, it is persuading the oxygen we breath to help us, as we transition into a new era.

The question is: are you ready for it, are you ready to breathe into your Soul what you hadn’t been brave enough to inhale before?

You know exactly what I am going to say 🙂 – Bring it the F on!