Home Encouraging For The Good of Anger

For The Good of Anger

For The Good of Anger 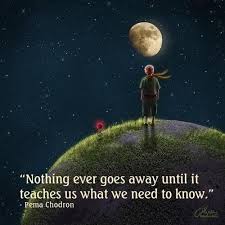 Anger is a funny thing and can be very confusing at times. No one likes to feel angry, it brings out behaviours in us that we would rather avoid at all cost.

The sharpness of our tongue, usually motivated by our angry thoughts, provoking conversations that never turn out in the best of ways. Would it be safe to say that the Ego loves sipping on anger, like we love to sip on our lattes?

Where does the anger come from, because all to often it just seems to surface out of no where land. Anger likes to hide out, it buries itself deep in the crevices of our mind, often feeding on whatever it can get its hands on, growing and building until one day someone or something triggers it and sets it off like an explosion of dynamite.

All of the walls that we had been meticulously building around us come crumbling down. After the outburst there might be a feeling of nakedness and a rawness inside of us. That strong feeling of annoyance and displeasure now feels like an open wound – again, you have nearly run out of bandages and just plain tired of trying to patch yourself up.

In order to understand anger we have to begin to look below the surface of ourself. Anger is motivated by old programming, if we don’t get to the root or cause of the irritation, then of course it will just fester and swell up again over time.

Next time you have felt an infuriation or an irritability bubbling up inside of you, take a closer look at what the trigger was. What was it that made the swelling of the wound deep inside of you crack open yet again? The anger is coming from a source and usually that source is an old memory that runs deep in our veins.

Doesn’t it drive you crazy when you are in the thick of an angry spell and someones says ‘let it go’? If only it was that easy, that right then and there you could actually just remove the angry gremlin from your body and be done with it.

Anger does have a bad rap, and lets face it, being hostile at any time isn’t good for us, not physically, emotionally or mentally. But I think there is good anger also. Perhaps we can call this anger ‘encouragement’, because encouragement can be a motivator and inspire us so that we don’t have to be fearful and timid.

If we use our good inspired anger to protect ourselves, perhaps what we are expressing to people is that they can’t take advantage of us.

Because certain people will do just that, and nothing can make us more explosive than realizing later that someone has snagged and milked us.