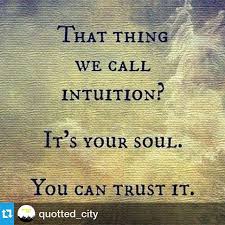 Empaths are ordinary people who are highly perceptive and insightful human beings.

Empaths sense when something is not right, and respond to their gut instinct.

Researcher have suggested that there is a positive relationship between empathy and emotional intelligence.

People are often attracted to empaths because of their compassionate nature. The empath has trouble comprehending a closed mind and lack of compassion in others.

Very highly empathic people can find themselves helping others at the expense of their own needs, which can lead them to withdraw from the world at times.

The world of the empath is not for the faint of heart. Problems arise for the empath when they become targets of ‘not so nice’ people. These are the people who lack empathy and have no connection to their Soul. These people can take terrible advantage of empaths.

It is important for empaths to learn how to protect themselves against being a target. There are many different ways for the empath to safeguard and shield from becoming a victim of the ‘not so nice’ people in the world.

If you feel that you may be or you know for sure that you are, an empath, then seek out those who can help you learn more about protecting and educating yourself, so you can take better care of ‘you’.

Chances are, you are not including ‘yourself’ in the list of all the people in your life that you take good care of.